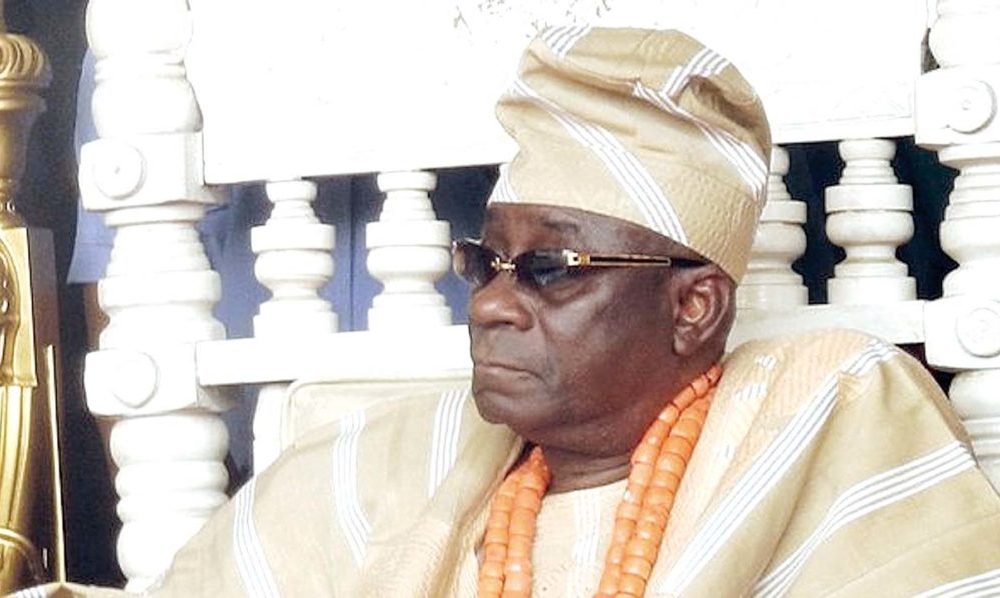 While speaking at the Glover Hall Memorial Commissioning, Lagos on Wednesday, Oba of Lagos, Rilwan Akiolu disclosed that the #EndSARS protesters who stormed his palace last year allegedly stole his $2 million and N17 million.

During his speech at the Glover Hall Memorial Commissioning, Lagos on Wednesday, the famous king, Akiolu told the people present at the event that he wanted to say it publicly that #EndSARS protesters stole $2 million and N17 million in his palace.

Recall that last year, Nigerian youths stormed major cities across the country to protest the extra-judicial killing of Nigerians by operatives of the now-disbanded Special Anti-Robbery Squad (SARS).

This eventually lead to killing of peaceful protesters at the Lekki toll gate. The next day, Nigerians youths whom some refer to as hoodlums stormed the street to attack police and government properties with Lagos experiencing the largest attack..

Hoodlums also stormed the palace of the Oba of Lagos, destroying Oba Akiolu’s residence in what seems to be a dramatic show.