Oluwashola Desmond Elliot popularly known as Desmond Elliot is the richest Nigerian actor as at the rent of writing this blog post. He has been in the movie scene for over two decades and has acted in more than 200 movies, soap operas, and TV shows. He hails from Lagos state, although his mother is from Delta. Even though he took a brief hiatus from Nollywood to delve into politics, he still rakes in money from the entertainment industry. The lawmaker representing Sururlere constituency in the Lagos state house of assembly has an AMAA award and African magic award in his library.

Desmond Elliot has one of the most expensive garages too

An interesting fact about this guy is he has donated free school buses to Surulere for local kids’ safety.

This actor is seen driving a variety of cars with different price ranges from a ₦2 million Toyota Camry to a ₦24 million Range Rover. Below is the list of luxury cars which we believe belong to Mr. Desmond:

Desmond attended his swearing-in, in his vintage automobile

The most known house of Desmond Elliot is his multi-million naira mansion in Lagos with luxury design and cutting-edge equipment.

Nollywood-wise, the richest celebrity in Nigeria also owns a movie production and distribution company named Denziot production who has gained the distribution rights for When one door closed in 2014. Desmond operates a charity organization to aid disadvantaged children, especially homeless ones.

Richard Mofe Damijo is one of the pioneers of the Nollywood industry. He hails from Delta state and has starred in a countless number of films both in Nigeria and internationally. He was a news reporter before going into acting in the 90s. Also known as RMD, the legendary actor went into politics for a while, becoming the commissioner for culture and tourism in Delta state. RMD has a lot of awards and recognition to his name while producing a number of movies as well.

According to our reports, here are the luxury rides inside Richard Mofe Damijo’s garage:

The legendary actor posing beside his BMW

Richard Mofe Damijo is living in his mansion at Imole Phase 1 which has a very environment-friendly wall made of green trees.

The actor is also famous for a luxury lifestyle with expensive watches like a Patek Phillippe Nautilus 5980R-001 priced around ₦25.3 million or a ₦400K Swiss wristwatch.

The list of richest actors in Nigeria can’t be complete without John Okafor. Popularly known as Mr. Ibu, John Okafor is one of the most sought after Nigerian actors. His major movie, Mr. Ibu, shot him to massive fame and he has cashed out ever since. The actor from the eastern part of Nigeria is also a comedian and a producer. He has starred in over 200 movies including Mr. Ibu, 9 wives, Police Recruit, Mr. Ibu in London, and so many more.

He’s been discreet with disclosing his other cars and mansion but we have managed to get some information about his car collection here. Check the list below!

Mr. Ibu has had this BMW X5 for quite a long while

John Okafor’s house and other properties

John has a mansion in Lagos which boasts of simple design, making the best use of space to give the most comfort for its residents.

Outside of John Okafor’s mansion in Lagos

Nkem Owoh is a famous Nigerian actor who is known for his smash role in the movie “Osuofia”. The movie also has several sequels like Osuofia in London and Osuofia in Brazil. He also has an album to his name, with the famous “I go chop your dollar” song which was banned by the Nigerian authorities. He also goes by the nickname, Osuofia. Mr. Owoh has acted in more than 200 movies as well, including the recent “Lionheart”.

Osuofia has a good taste in cars regardless of his age

We have found some interesting questions people often ask about this guy. Check them below!

The answer is no. Both of them have confirmed they are not a couple but in-laws instead. Nkem Owoh got married to Ngozi Nkem Owoh who has given birth to 2 pretty daughters for the veteran actor.

Many people thought these two are siblings due to many similarities between them. However, they are just communal brother and sister who happen to work in the same Nollywood industry. For your information, Patience Ozokwor is of the same age as Nkem.

Chinedu Ikedieze is known for acting both as an adult and a kid in his roles. The diminutive but talented actor hails from the eastern part of Nigeria as well and has won over a dozen awards including an African movie academy award for lifetime achievement. He is commonly known as Aki, a role he played alongside his colleague, Osita Iheme. He was once married and rumored to have a son.

Though we have spent a detailed post on Chinedu’s house and cars, we will list here his car collection briefly for your reference:

Being among top richest actors in Nigeria, Chinedu Ikedieze is residing in a beautiful mansion at Omole Phase 1 but will move out to his new house once it’s finished. The information of his new house project hasn’t been revealed much but we are quite sure its luxury can make you jaw dropped.

Also, this man is reported to own several houses in Abia, a fashion brand called Nizik, a football academy, and a traveling agency.

Video: How rich is Chinedu Ikedieze?

Osita Iheme is also another actor with a diminutive figure. He was partly introduced into Nollywood by Aki, and they acted alongside, where he played the role of “Pawpaw”. He hails also from the east of Nigeria and has a bachelor’s degree. He also has a foundation that inspires budding talents and has starred a lot of movies. He was also honored with the MFR honour by the then President of Nigeria, in 2011.

No matter how the appearance is, Osita Iheme conquers the film industry

He is rich and has quite a number of cars ranging from Toyota brand to Land Rover. Let’s summarise his car collection as follow:

The actor really knows how to enjoy his life when he spent around 100 million naira to complete his house design. Inside his mansion is luxury furniture acquired from overseas.

Besides the cash flow from the movie industry, Osita also makes money from the hotel business. He is reported to invest a lot of money into real estate as well as construct hotels to generate more profits.

A glance at one of Osita Iheme’s hotels

Ramsey Nouah is known as the lover boy of Nollywood. In many of his movies, he has played the role of the romantic man with an undying love. This also earned him a lot of recognition and of course, fortune. He’s half Yoruba, half Israeli. He grew up in Lagos and has quite a lot of awards under his belt including one for his role in the box office smash, The Figurine.

Being one of the richest Nollywood actors 2020, Ramsey drives some customized exotic cars with shocking price tags. See it!

Like many other rich and famous, Ramsey Nouah is the owner of a luxury mansion in Lagos and leads an extravagant lifestyle.

However, there aren’t many photos uploaded by the actor to flaunt his assets. Check a rare pic leaked out!

Yul Edochie is one of the most sought after actors in Nigeria at the moment. He’s known for his effortless acting skills and deeper than a deep baritone. He is the last son of legendary actors, Pete Edochie. He has acted in dozens of movies and even owns an academy. He is married with 3 kids.

He drives a Toyota SUV which was recently involved in an accident. The car is believed to be worth almost 20 million naira. He also has other automobiles in his garage, including: 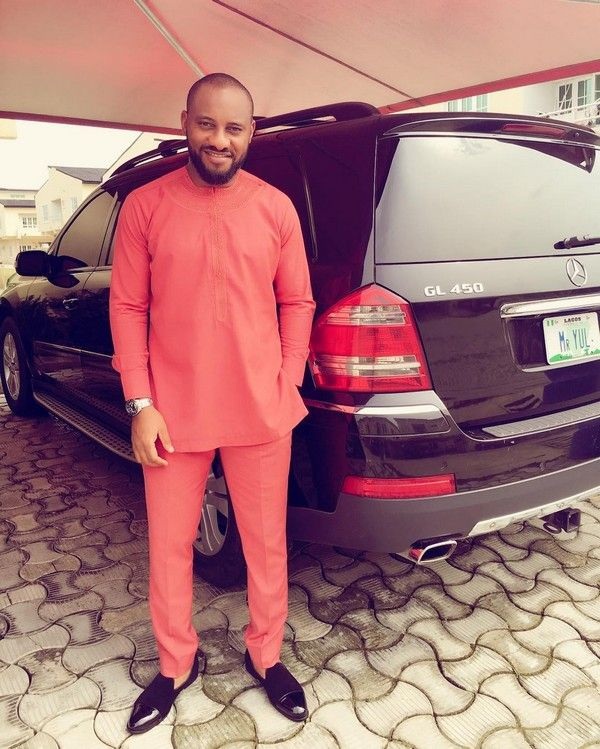 The manly actor owns a house in Lekki, Lagos. His house follows modern design to bring most convenience for the householders.

He is also a fan of luxury watches which cost hundred thousands of naira for each.

Take a look at his house and garage!

Mike Ezuruonye is a popular Nollywood actor who came into limelight in the early 2000s. He hails from Abia state in Nigeria and is in his late 30s. Before he went into acting, he was a banker with one of the popular financial institutions in the country. He also boasts a lot of awards and was once considered the most handsome actor in the scene. Holding a net worth of ₦750 million, Mike Ezuruonye is among the  richest male actors in Nigeria.

The actor, however, didn’t start his acting career till his late 30s

Mike drives a red Range Rover worth over 20 million nairas and a 25 million naira Mercedes Benz 4Matic. For this actor, these two cars are enough to match his style.

Though being one of the richest Nollywood actors, Mike is not the type of person to flaunt his wealth to the public. That’s why his house location hasn’t been revealed exactly. Through some of his pictures on social accounts, we are lucky to get a glimpse of his mansion interior.

All the decor goes in harmony and we can be sure of its luxury vibe.

The mansion gives off a luxury but cozy atmosphere

Finally on our list of top 10 Nigerian actors and their cars, is Nonso Diobi. The Nollywood star has been involved in over a hundred movies and has remained a household name in Nigeria. He is also a director and movie producer. A lot of actors credited him for helping them into the scene. He’s famous and rich. He drives some of the nicest cars around including a Range Rover Sport and a Toyota sedan, both worth at least 20 million naira.

The actor gives his mom an entire mansion on her birthday

CBN tackles cybersecurity threats as it issues guidelines for OFIs