Home > news articles > Where next for Messi after Barcelona?

After dozens of titles, hundreds of goals and countless records, Lionel Messi’s spectacular career at Barcelona could be coming to an abrupt end.

The Argentina superstar sent a fax to Barcelona chiefs informing them he wants out and requesting they exercise a clause in his contract which would allow him to leave for free.

There are likely to be plenty of disputes about whether he can actually enact that clause because it expired in May.

Messi is expected to argue that because of the coronavirus pandemic, it should be extended.

However, that deal contains a clause which allows the Argentine to terminate his contract at the end of each season, normally before 31 May.

The six-time Ballon d’Or winner has offers from across Europe, but there are few clubs who will likely be able to afford his wages.

There are claims that Messi and his legal team believe it should be extended to cover the prolonged season – which ran until August following the delays caused by the coronavirus pandemic, and that his €700m buyout clause doesn’t apply in this instance.

It remains to be seen how Barcelona will respond to Messi’s request, with the club trying to rebuild following the appointment of Ronald Koeman as head coach.

Premiership side, Manchester City and French Champions PSG are the most likely destinations for Messi.

If Messi’s mind is made up to leave Barcelona, the question turns to where he goes next.

Messi, arguably the greatest player in soccer history has always been a part of the “winning project” at Camp Nou, but his latest season was not only devoid of trophies, but it was also defined by chaos and ended in humiliation.

Messi has not asked for a transfer to put his feet up for the final years of his career. This is a considered move aimed at bolstering his successes, and in one competition in particular.

The Champions League has become his obsession, which puts all of Europe’s super-clubs in contention.

With the outbreak of coronavirus, only a few clubs can afford his wages.

On the back of its Champions League triumph, Bayern Munich is the pre-eminent force in Europe but it is unlikely to be able to afford Messi and with a base salary of around €60 million per year.

The same goes for Jurgen Klopp’s Liverpool, as well as Juventus, which remains restricted by the enormous outlay needed to sign Cristiano Ronaldo two years ago.

Real Madrid, meanwhile, would love nothing more than to prise Messi from its rival and it has tried before, but even if Messi wants to leave Barcelona, he is not out to burn his reputation and legacy.

Clubs that can afford Messi and convince him are PSG and Manchester City.

City appear favourites, but the club has always trodden carefully around the prospect of Messi.

There are a lot of things that could tempt Messi into joining Manchester City. 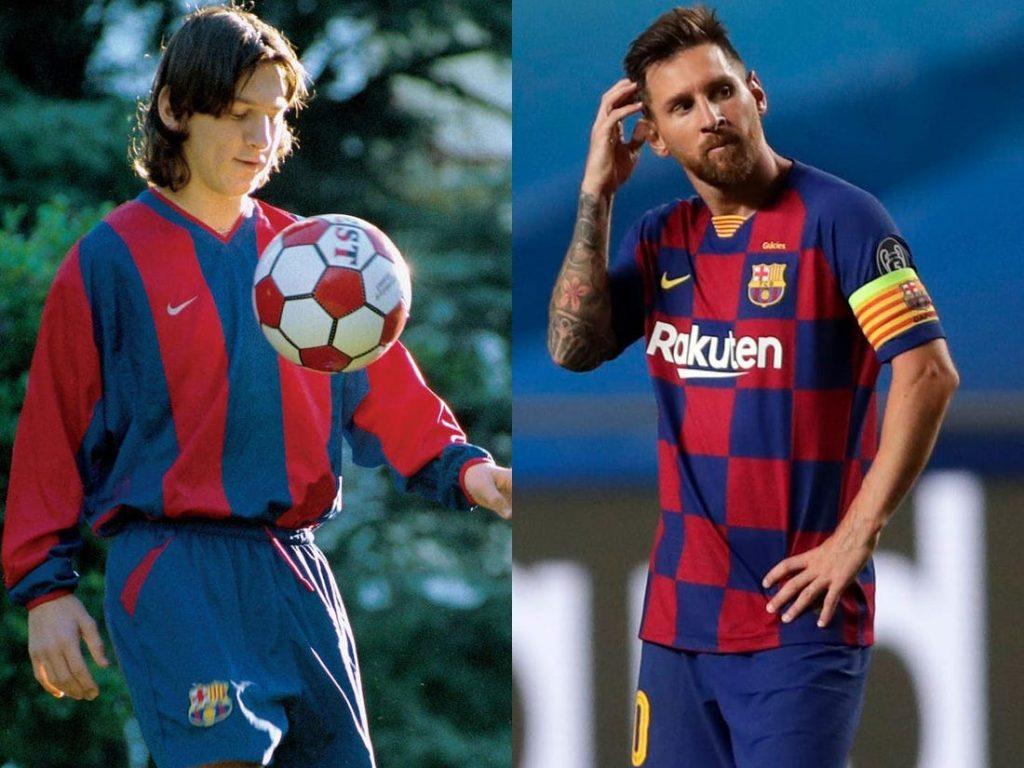 His former manager Pep Guardiola is at the club, his best friend, and fellow countryman, Sergio Aguero is still the main striker, and City’s director of football Txiki Begiristain has ties to Barcelona.

Messi could be the final piece for Guardiola to reclaim the Premier League title from Liverpool.

Pep Guardiola and Messi won two Champions Leagues together at Barça, and there may be a temptation to reunite for another tilt at the trophy.

City’s stance is that Messi is a fabulous footballer and Guardiola remains an admirer of the best player he has managed. They believe they have a chance of signing him.

The likes of Bernardo Silva, Riyad Mahrez and Ferran Torres would be sidelined behind the 33-year-old but it makes for a deadly attack alongside Aguero and Raheem Sterling.

Messi could also propel Man City in the Champions League and launch its brand, so important to the Abu Dhabi owners, to a different level.

For PSG, whose frustration in Europe has been comparable to Man City, even if the club broke new ground by reaching the Champions League final, adding Messi would also represent a big addition to the Qatari project.

Barcelona fans have long anticipated a reunion between Messi and Neymar – it would be a bitter pill indeed if it were to happen at PSG, with Kylian Mbappé completing what could be an unstoppable front three.

PSG already have the most expensive attacking front in the world, so why not throw Messi in there as well.

Neymar was a former teammate of Messi in Barcelona and could encourage him to join the French club.

It would make for a pretty potent attack alongside Angel Di Maria and Kylian Mbappe.

Like Juventus, the Champions League is the competition most coveted by the bosses at the club and the Argentinian could help them achieve that.

Also, Neymar, Messi and Kylian Mbappe front three would not be a difficult sell.

Barcelona is planning to pay Messi $92 million this upcoming season—an amount that would help make him the fourth athlete to earn more than $1 billion in career earnings, pre-tax.

About a third of his salary is in the form of performance incentives, which the star forward has been consistently earning, posting 12 consecutive seasons with at least 31 goals and hitting 700 career goals in June, joining Ronaldo as the only active players at that level.

Messi has won a record six Ballon d’Or awards during his time at Barcelona as the top player in the world, and has helped the club win 10 Spanish league titles and four Champions Leagues.

Forbes values Messi at $4.02 billion, and few other teams can afford Messi’s sky-high wages, particularly as clubs face a revenue shortfall while returning to play without fans in the stands amid the pandemic. But Manchester City, and a reunion with manager Pep Guardiola, has emerged as the clear favorite to pry Messi away.

Irrespective of the UEFA Financial Fair Play Regulations, which were established in 2009 to prevent clubs from spending more than they earn and getting into financial problems by doing so, PSG and Manchester United are the main frontrunners in Messi.

Messi arrived at Barcelona as a teenager in 2001, joining the club’s famed La Masia youth academy. His first-team debut happened in 2003 as a 16-year-old, and since then he led Barcelona to 34 titles. He holds most individual records at the club, scoring 634 goals and making 276 assists in 731 appearances with the club.

Plan to fix Social Security may lead to benefit cuts

US ambassador tags Iran as world No. 1 sponsor of terrorism