Published by Justina Otio on 17 November 2021 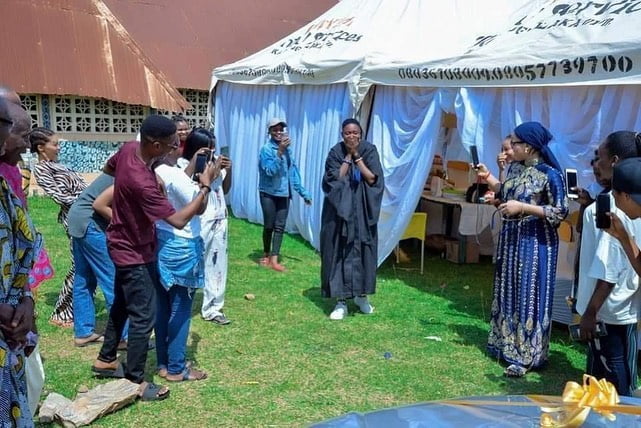 The Alaafin of Oyo, Oba Lamidi Adeyemi has gifted his daughter Zainab a car after she graduated with a first-class.

Reacting to the effort in her studies, the Alaafin proceeded to gift her a car to reward her for her hard work.

Below are some reactions to the Alaafins gift:

elenujabala: “That man will have alots of things among the children.. the brilliant, the rich, the pastor, the babalawo, the pro stitute, the queen, the prince, the ar:med robber, the military , kidnapper, the doctor and so on on.”

@dot_man_dotun121: “There are thousands of graduates with first class! Wetin dem give them! Weldon! Naija is not for the weak! We go rise.”

@uncleobinna1 commented: “She did not allow her father riches enter her head Good girl . More wins to come.”

The Alaafin was recently in the news when a video of him dancing with one of his young Queens surfaced recently on social media.

In the viral video, the 83-year-old king was pictured showing off his dancing skills with one of his Queens on stage.

The Alaafin has more than ten wives, many children, grandchildren and great-grandchildren.

In the shared video, one of his young Oloris was spotted giving him a lap dance on stage at an event while cash rained on her.

Reacting to the video, some social media users expressed fear for the king due to the kind of dance which seemed too tasking for someone as fragile as him. 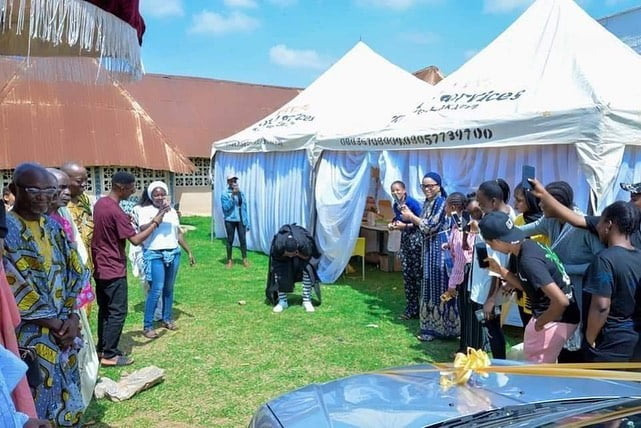 In other news, Nollywood actress and producer, Funke Akindele-Bello, has spoken on her failed marriage to her ex-husband, Kehinde Oloyede.

Recall that Funke got married to her ex-husband on May 26 2012 but separated after 1 year and 46 days citing irreconcilable differences.

In a recent interview with Chude Jideonwo, the actress revealed that the reason she got married to her first husband was because of the pressure she was facing from people on getting married and having kids.

She said that after the incident she was heartbroken but her mother advised her to face her job so she could get distracted.

Akindele stated that she began to take up movie roles in Enugu so she could get past her present situation and though she was quite heartbroken by the incident, she stayed strong.

In a separate interview, Oluwadamilola Adekoya popularly known as Princess the comedian also said that when her marriage crashed Funke offered to help her but she refused because she felt quite terrible. Read More