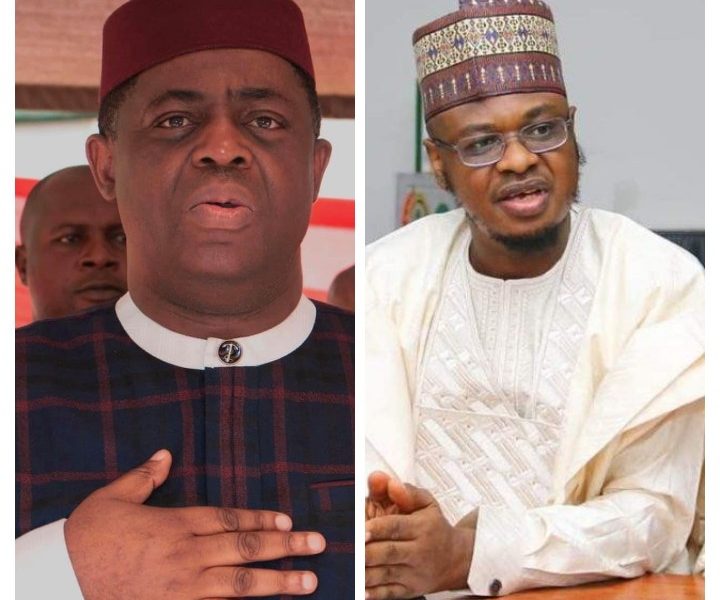 Former Minister of Aviation, Femi Fani-Kayode has come under attack on social media after trying to defend the appointment of the Minister of Communications and Digital Economy, Isa Pantami, as a Professor.

Naija News understands there have been controversies over Pantami’s appointment as professor in FUTO and some Alumni of the institution have faulted the promotion of the minister, who has never been on the teaching roster of the university and whose highest academic attainment was just a senior lecturer before he ventured into politics.

Recently, the National body of the Academic Staff Union of Universities, ASUU rejected Pantami’s appointment as a Professor.

ASUU in a communique issued by its National President, Prof. Emmanuel Osodeke, observed that the professorial appointment has attracted an unprecedented level of controversy in the history of Nigerian Universities.

Osodoke in defence of the varsity union also denied insinuations that they endorsed the resolution by the ASUU branch in the Federal University of Technology (FUTO) which recently proclaimed that due process was followed in the appointment of Pantami as a Professor of Cyber Security.

Osodeke who spoke during a briefing after the union’s National Executive Council, NEC, meeting at the University of Abuja, held between November 13 and 14 said the union will never support “any illegal appointment or promotion of academics in any Nigerian University, including those of its members.”

However, FFK who recently decamped to the All Progressive Congress (APC), took to his verified Twitter handle on Tuesday morning, to say that Pantami is eminently qualified for the position of the professorship.

FFK faulted ASUU’s position on the appointment of the communication minister, saying Pantami was probably hated because he is a Muslim.

Fani-Kayode wrote: “What has Isa Pantami done to ASUU? When will the hatred stop? Is it because he is Muslim? I know Pantami well & he is eminently qualified to be a Professor. Let us be guided by love & not hate. Lies, disinformation, prejudice & religious bigotry has blinded many in our country.”

The former minister’s post has, however, generated a barrage of reactions on social media as netizens labelled him with unprintable names.

See some of the reactions below:

Another netizen identified with rhe username [@davidsteveme] wrote: “I never knew human beings can change like this with no remorse! FFK has disappointed me personally. How I so much verge for him with my friends.”

“I never knew ‘food’ could have this much power over a man” – [@akinsamol] tweeted.