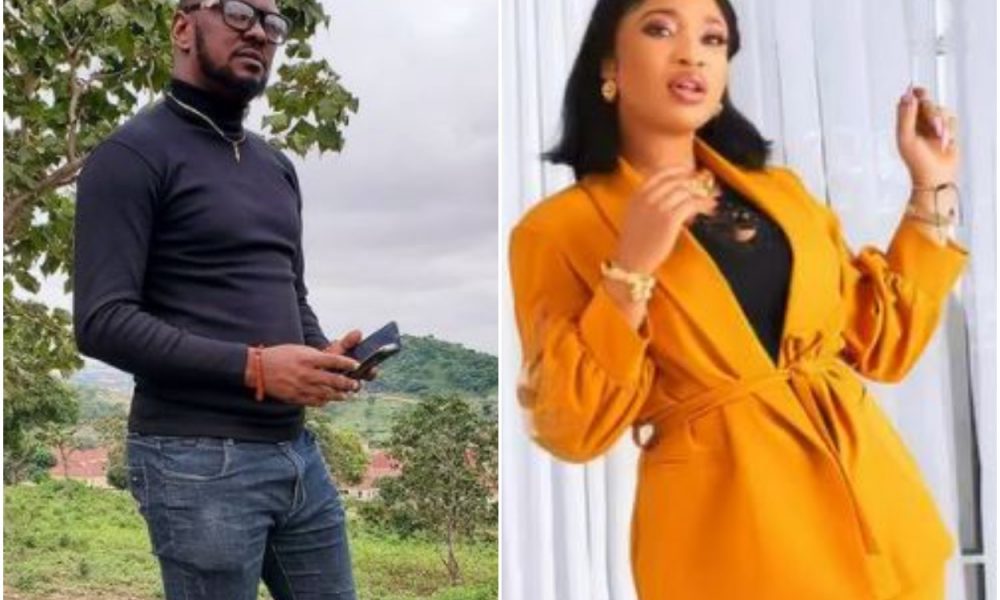 The ex-lover of popular Nollywood actress, Tonto Dikeh, Prince Kpokpogri has distanced himself from Mayor Blessing who recently stepped out with the actress.

According to Kpokpogri, who was believed to be his best friend is just an acquaintance/assistant who formerly helped me with errands.

He stated clearly that he is not the best friend or a close friend of Mayor Blessing who was spotted in a photo shared by Tonto Dikeh on her Instagram account.

Kpokpogri made this claim while reacting to the Blessing’s outing with the Nollywood actress and her son on Sunday.

Naija News had earlier reported that Dikeh and her son spent some time with Blessing after service on Sunday.

Kpokpogri in his reaction to the report said, “Hello, in respect to the most recent post, I would like to set the record straight, I haven’t at any point in time mentioned to your organisation or anyone else that Blessing Ogho a.k.a Mayor was at any point in time my best friend or a close friend.

“This is a misconception on your part and I would humbly request that you correct it ASAP. He’s just an acquaintance/assistant who formerly helped me with Errands.

“I believe you understand the meaning of close friend please, as it is misinforming and an indirect defamation.”

READ  Taliban ban use of foreign currency in Afghanistan – spokesman