President Muhammadu Buhari has been dragged into an unhealthy conversation on social media.

This came after a netizen identified as Musbau Nasir Rimi called former presidential aide, Reno Omokri an old pig while reacting to a post on his Instagram page, Naija News understands.

In response to the abusive comment, Omokri schooled the social media user on his recent trips, one of which he was received by two Iceland ministers, Þórdís Gylfadóttir and Arna Sigurbjörnsdóttir.

Omokri went on to bring President Buhari into the conversation, saying the Nigerian leader was in England and France last week, and no minister was there to received.

Again he mentioned how President Buhari had visited the Prime Minister of the United Kingdom, Boris Johnson to secure audience with him and beg for loans and financial aide.

”Thank you for your comment. By the way, just two days ago, this ‘old pig’ was received in Iceland by two ministers, Þórdís Gylfadóttir, the tourism minister, and Arna Sigurbjörnsdóttir, the justice minister.

“Your Buhari was in England and France last week, and no minister received him. In fact, God made it possible for me to meet Boris Johnson, at his office, where he modelled my #RenosNuggets official gear, months BEFORE your Buhari could secure audience with him to beg for loans and financial aid, like the bambiala he is. So, I wonder who is really the ‘old pig’?

“Anyway, thank you again and may God bless you!”.

See some reactions reactions to Omokri’s slam on the abusive commenter below: 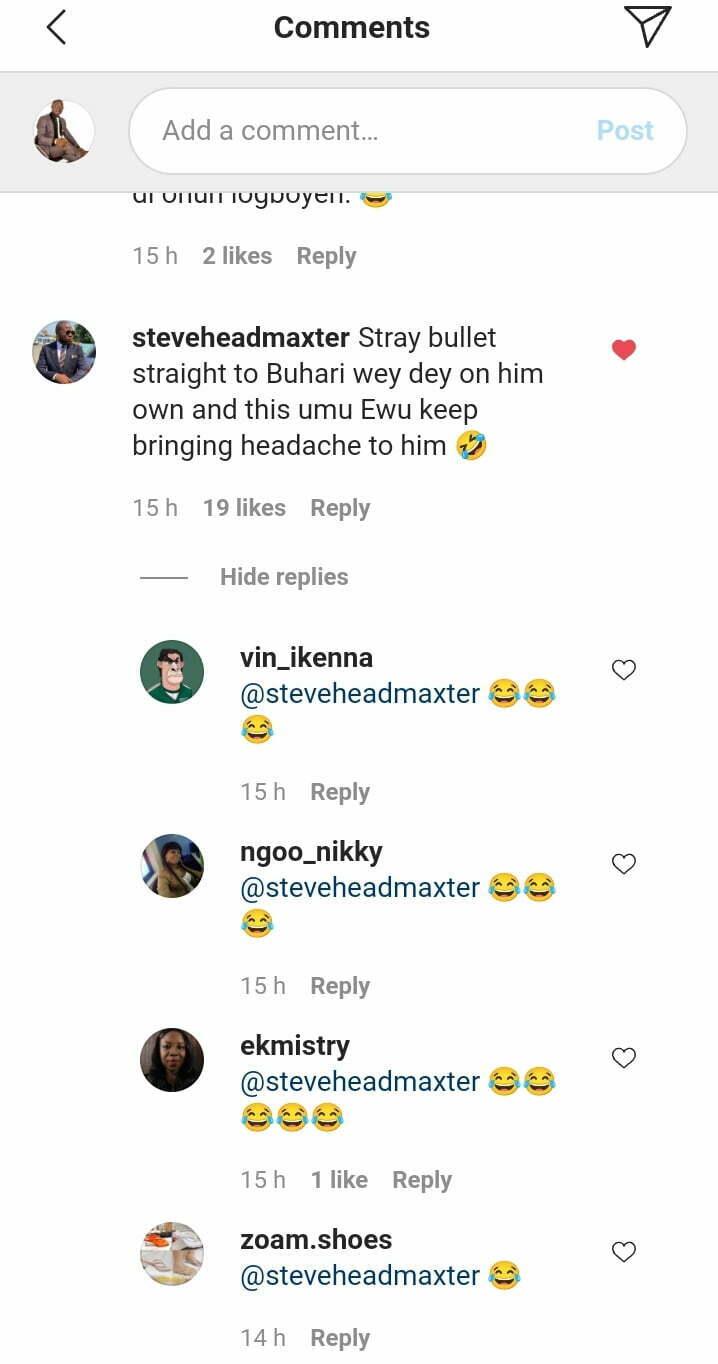 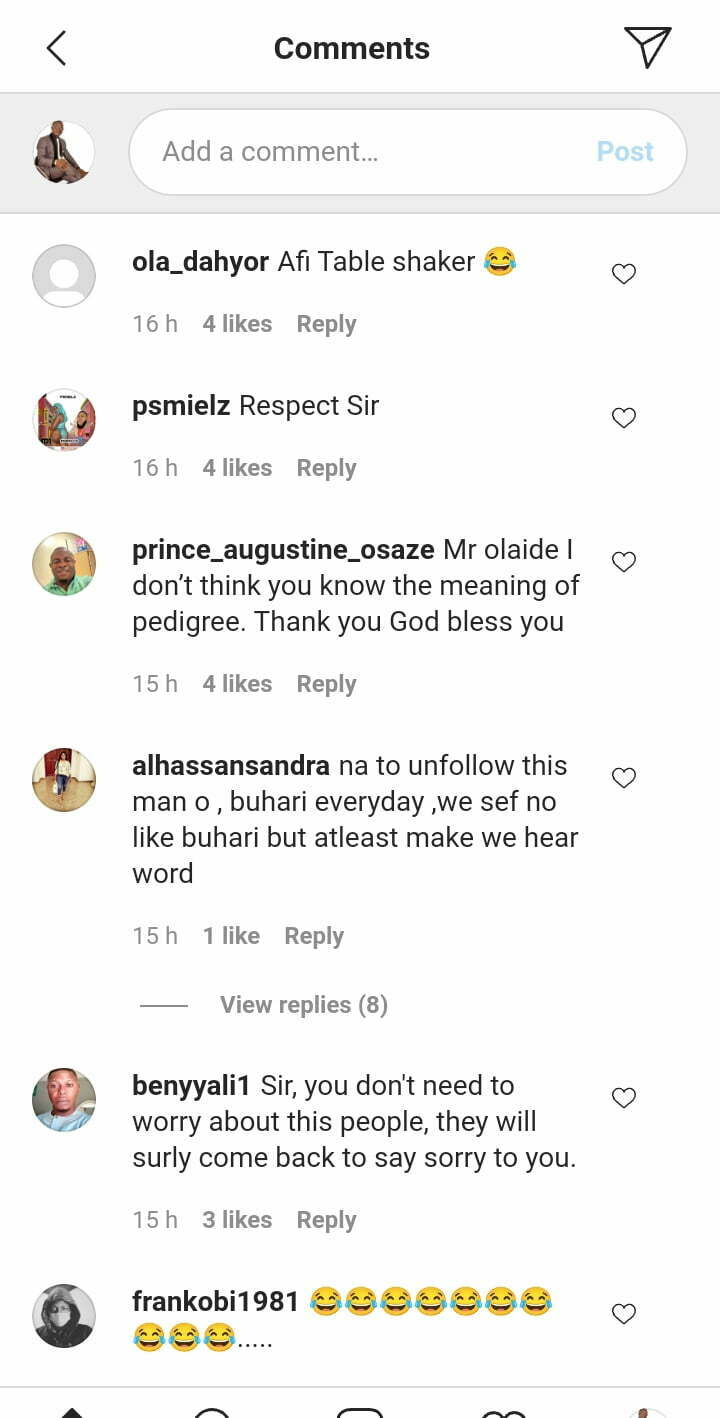