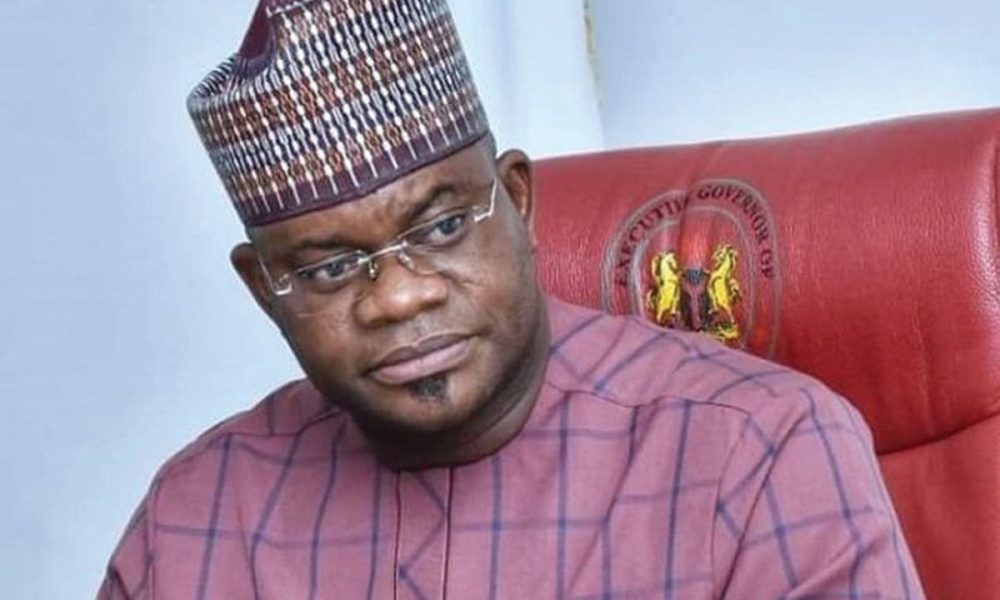 The Hunters Council of Nigeria has asked the governor of Kogi state, Yahaya Bello, to run for president in the upcoming 2023 elections.

The council stated this while conferring the Icon of Security award’ on the governor for battling insecurity and crime in his state.

The Commander General of the Nigeria Hunters Council, Amb. Joshua Osatimehin asked the governor to run in the upcoming presidential elections so he could employ the tactics used in his state at the federal level to combat insecurity.

He said: “We are here to appreciate His Excellency, Governor Yahaya Bello, for what he has been doing in Kogi State and for the entire country at large.

“When he came into office in 2016, he made mention of security as one of the priorities of his government and he has achieved it.

“And that is why we as the Nigeria Hunters Council have deemed it fit to call on him to go for President in 2023.

“What he has done in Kogi State, he should come and do it for all Nigerians because you will agree with me that insecurity has caused a lot of harm to our communities and nation.”

Responding to the council’s acknowledgment, the governor stated that the security situation in the country was deeply rooted in political agendas.

He went ahead to applaud the president for his efforts in handling insecurity in the country and also promised to keep up his sterling performance.

“All these calls for me to run for President of the Federal Republic of Nigeria is not out of place, we are to execute the laws and to ensure that the citizens are secured and safe,” he said.

“The rate of insecurity in Kogi State has dropped drastically. We have been able to unite the people and by the grace of God I want to tell you that I will not disappoint you.

“Let us continue to support all the law enforcement agencies, they are doing their best within the circumstances they find themselves politically and I want to assure you that our security forces are not weak.

“Let us give all our support to all our leaders, from Mr President, to all the governors, Local government chairmen, traditional ruler, religious leaders.

“Whatever we want to achieve in 2023, let us start it right now. We should not postpone any solution.”