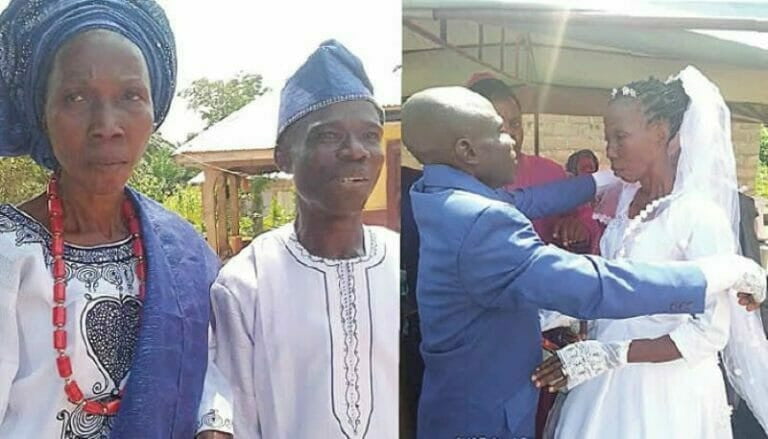 A 55-year-old woman has revealed that she got married as a virgin.

The lady identified as Evangelist Esther Bamiloye, who has never been married before, got married to her 62 year old husband, Isaac Bakare.

Bamiloye, now Mrs Bakare, spoke about her ordeal as a single lady in an interview with Punch.

She revealed that the devil tried to stop her from getting married when she was of age because no man approached her.

Bamiloye said: “The devil had plans to stop me from getting married. When I felt I was ready, there was no man coming for me. I kept waiting on God for a miracle till I reached 55-years. I never dated anyone till I got married. Initially, I thought the problem was from my former church and I left, but I give glory to God. He did it for me in my new church and all the barriers were removed.”

When asked about the pressure of being single at that age, she stated that it was difficult but she kept believing in God and remained steadfast

“Not really. But I was overwhelmed at some point. It was simply God’s grace that kept me going. I did not know any man till I got married to my husband. I married as a virgin,” she said.

The new bride stated that God revealed her husband personality and picture to her, claiming that her wedding date was also shown to her.

About the Folawiyo family, one of the wealthiest in Nigeriageria