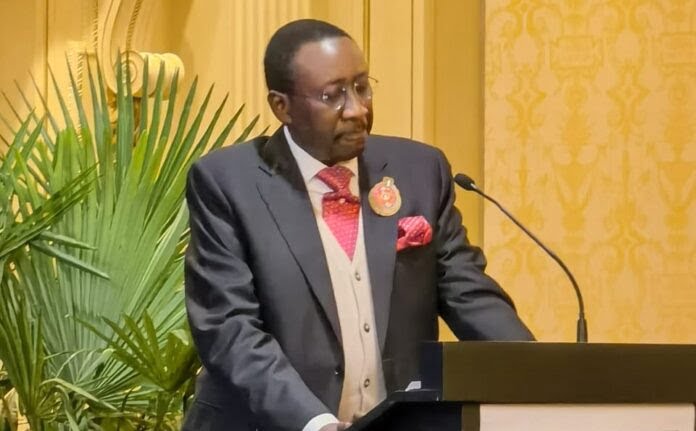 The national security adviser under the Muhammadu Buhari-led government, Babagana Monguno has revealed the reason a large number of Boko Haram and ISWAP members are laying down their arms.

He stated that the reason the bandits are surrendering was because of the kinetic and non-kinetic measures the president was employing in his efforts to eradicate insurgency.

He maintained that in recent months more terrorists have surrendered in the North-Eastern part of Nigeria and over 15,000 members of the sect have turned themselves in which translates to the fact that progress was being made.

He said: “Apart from Somalia in the Horn of Africa, the most prominent acts of terrorism are perpetrated in the West African environs, particularly Mali and Nigeria.

“Specifically, it is necessary to state that the splintering of the Boko Haram Terrorist (BHT) group into the Islamic State West Africa Province (ISWAP) created an additional stress for Nigeria and the Lake Chad Basin Countries (LCBC).

“Nonetheless, the comprehensive approach employed under the direct supervision of President Muhammadu Buhari in our counter-terrorism operations since 2015, has continued to significantly degrade this threat.

“In recent months, there has been an endless mass surrender of terrorists and their sympathizers in the North Eastern part of Nigeria, Currently, over 15,000 people have been received.

“It is important to note that the combination of kinetic and non-kinetic measures, largely contributed to this wave of surrender.

“This situation has prompted large scale humanitarian activities to rehabilitate the returnees by expanding the already existing Operation SAFE CORRIDOR for de-radicalization and subsequent re-integration into society.”