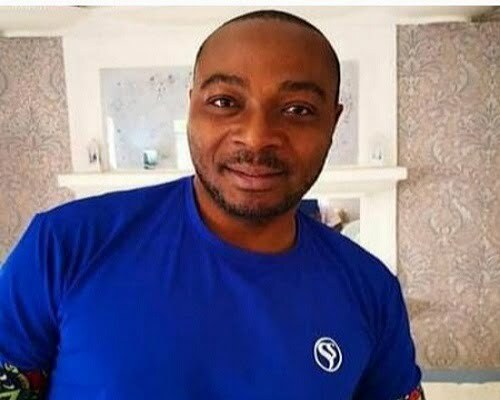 The Nigeria Police Force (NPF) have revealed more details on how the remains of missing Vanguard reporter, Henry Tordue Salem, was found.

Recall that the reporter who had gone missing three weeks back was found dead on November 11th, 2021.

A 29-year-old driver later confessed to killing him after hitting the journalist with his car around the Mabushi area of Abuja.

In a statement to newsmen on Friday, Police Public Relations Officer, CP Frank Mba: “Henry’s movement was trailed up to BJ Gardens located somewhere in Garki close to old CBN. A young lady that had an interaction with him on the night of disappearance was located, and detectives spoke to her. From that point, investigators expanded their investigation by working on different suppositions and hypotheses.

“A breakthrough was, however, made when following some digital and forensic leads. His phone, an iPhone 6 that had already been smashed into pieces was trailed and found in a garage somewhere in Mpape called the ‘Good Friends’ garage.

“It was discovered that a text call was made from his SIM card and following detailed and intensive digital and forensic analysis on both his CDR and IMEI and the scrap phone, a major arrest and breakthrough was made. One Itoro Clement, who happens to be a commercial driver in charge of a Toyota Camry 2014 model with registration number, BWR 243 DK was subsequently arrested.

“On interrogation, Itoro Clement, after hitting him, drove his vehicle to ‘Good Friends’ garage where he normally parks his vehicle every night for a fee. At that point in time, his vehicle was already badly damaged. The windshield suffered major damage. The image of the damage was retrieved from his phone. He parked his car and left it there and went away. The next morning when he arrived at the garage, he found a phone broken and stuck in between the smashed windshield.

“The phone itself has already been smashed. He pulled it out and threw it away. But some other young persons, playing in that garage, eventually picked up that phone. Part of the components of this phone was allegedly sold off by the kids while they tried to make a text call with the SIM card.

“On the strength of this, detectives moved to the General Hospital that covers that area. Yesterday, the 11th of November, 2021, after a lot of painstaking searches, a body believed to be that of Henry Tordue Salem was found at about 11:20 am at the Wuse General Hospital morgue.

“In addition to that physical and positive identification, detectives also searched the body of the late journalist and these items were recovered: 1. A Keystone bank debit card bearing his name, Union Bank debit card bearing his name, ID card issued by Vanguard Newspapers identifying him as Henry Tordue Salem and a staff and a temporary ID card from the National Assembly identifying him as a member of the House of Reps, Press Corps.”