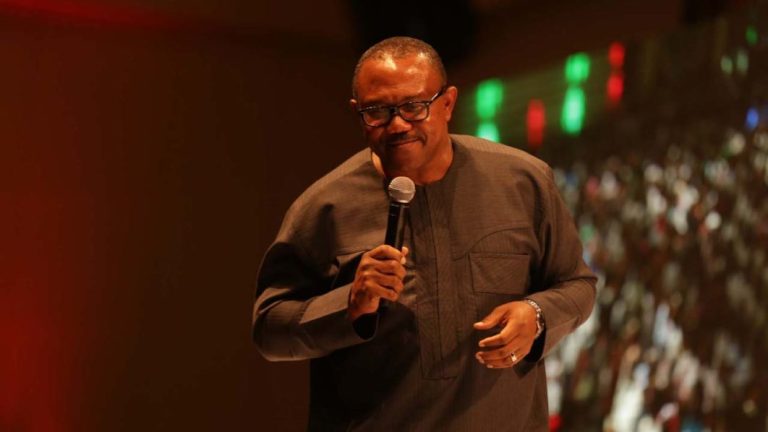 The former governor of Anambra State commended the people of the state for coming out to perform their civic duties.

He charged them to support the incoming Governor through prayers and other legitimate means to see that Anambra returns to her former glory.

Obi in a statement he released wrote, ”I Congratulate Prof. Chukwuma Soludo on winning the gubernatorial election.

“I thank Anambrarians who braved all odds and came out to perform their civic duties. I urge them to support the incoming Governor through prayers and other legitimate means to see that Anambra returns to her former glory as the “Light of the Nation.”

“Most importantly, I shall continue to commit the state into God’s hands for His will to be done at all times.”

This is coming after the National Chairman of the All Progressives Grand Alliance (APGA), Victor Oye, described Peter Obi, as a “political failure”.

In an interview with Arise TV on Wednesday, Oye stated that Obi’s defection to the PDP has seen his political career take a tumble in the state and the country.

The APGA chairman added that the former governor “cannot achieve anything” unless he returns to the party that made him Anambra governor.

We Will Defend Sunday Igboho With Our Last Breath, Prof. Akintoye Vows