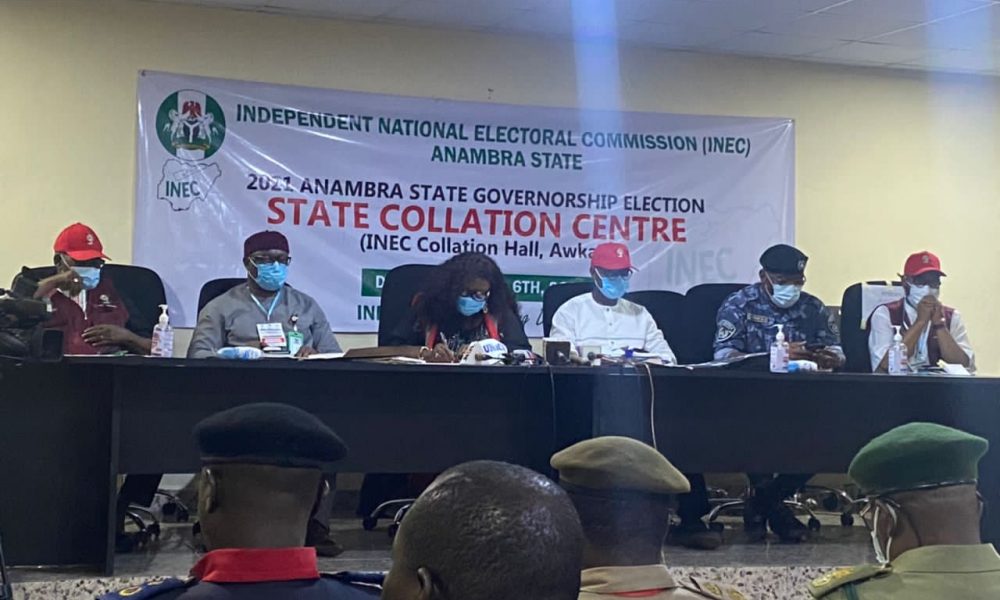 The Returning Officer for the 2021 Anambra State Governorship Election, Professor Florence Obi has announced a one-hour break at the venue of the state collation center in Akwa.

The Returning Officer announced the break after some hours of waiting for the arrival of the supplementary results from Ihiala Local Government Area.

As earlier reported by Naija News, 9 pm had been announced for the resumption of the collation of election results, and officials had arrived and taken their seats but the results from Ihiala were yet to arrive.

This prompted Professor Obi to announce a one-hour break after which the high table was vacated.

Meanwhile, the candidate of the All Progressives Grand Alliance (APGA) in the 2021 Anambra governorship election, Charles Soludo has extended his lead in the election as more results trickle in from the Ihiala local government supplementary election.

The Independent National Electoral Commission (INEC)) had scheduled Tuesday (today) for the supplementary polls in Ihiala Local Government after security threats and other logistics challenges couldn’t allow the election hold on November 6/7 when other local government in Anambra had their turn.

The voting was concluded at 4pm as announced by the electoral umpire after which collation and sorting of results commenced.

Below are the results received from Ihiala so far.

Before the suspension, APGA’s candidate, Prof Charles Soludo, had won 18 out of 20 local government declared so far in Anambra State, with a total of 103,946 votes.

The result from Ihiala LGA is been expected to complete the process and for a winner to be declared.