Ka3na took to her Insta story to bemoan the lack of good Nigerian movies on Netflix while revealing that those available were not produced this year.

She stated that Nollywood actors were busy being brand influencers and competing with Bbnaija housemates instead of producing good movies.

The mother of one went on to say that since there were no good Nigerian movies on Netflix she might consider selling the movie she produced in 2017 to them. 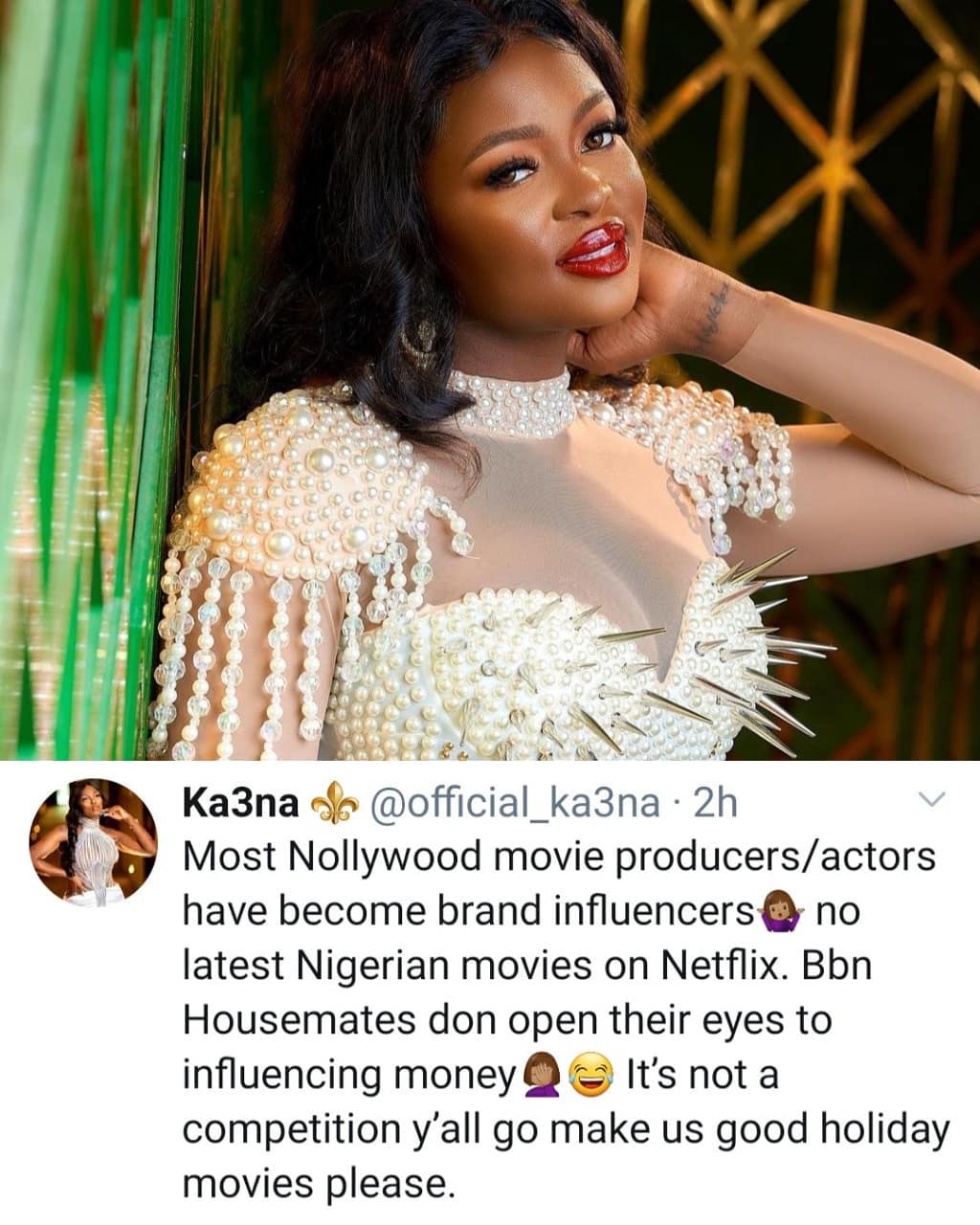 In other news, Fashion Icon and influencer, Laura Ikeji has stated that she wants a divorce after her husband reacted to her new chin.

Recall that Naija News earlier reported that Laura posted on Instagram that she had gotten a new chin.

In yet another video posted by her on Instagram, she asked her husband, Christopher Kanu what he thought of her latest facelift and he said that he does not think the injection worked because her chin looks the same to him.

Laura had playfully written a caption on the video that she wanted a divorce while also calling him a hater. Read more