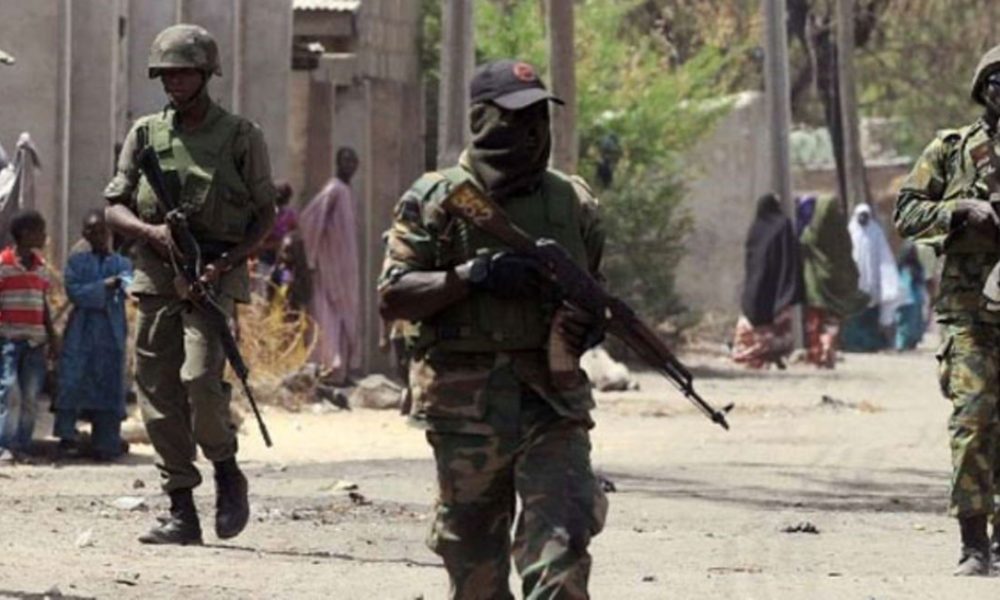 Troops of the Nigerian Army have repelled an attack on a military formation in Tamsukawu village in Kaga Local Government Area of Borno State.

Naija News learned that the dreaded insurgents stormed the village on Sunday evening to attack the military formation, but were repelled by the troops.

Following the resistance from the soldiers, the insurgents were said to have retreated into the bush and launched another attack on the base on Monday morning.

It was gathered that the Air Task Force, Rapid Response Squad Team as well as the troops from super camp, Ngamdu, were quickly deployed to the scene of the attack.

A military source, however, told TheCable that soldiers and insurgents are currently engaged in a heavy gun battle in the village, noting that no casualty has been recorded yet.

Recall that troops of the Nigerian Army had killed scores of the Islamic State West Africa (ISWAP) members and Boko Haram terrorists in Sambisa Forest in Borno State.

In a statement released by the Army spokesperson, Brigadier General Onyema Nwachukwu, the insurgents were killed during a gun duel with troops of Operation Hadin Kai, Nigeria’s counter-terrorism operation in the North-East.

Nwachukwu stated that over 37 Boko Haram/ISWAP terrorists were neutralized, while several of them reportedly suffered varying degrees of injury.

He noted that the terrorists were killed in two different operations, adding that gunboats used by the insurgents were destroyed by troops of Operation Hadin Kai.