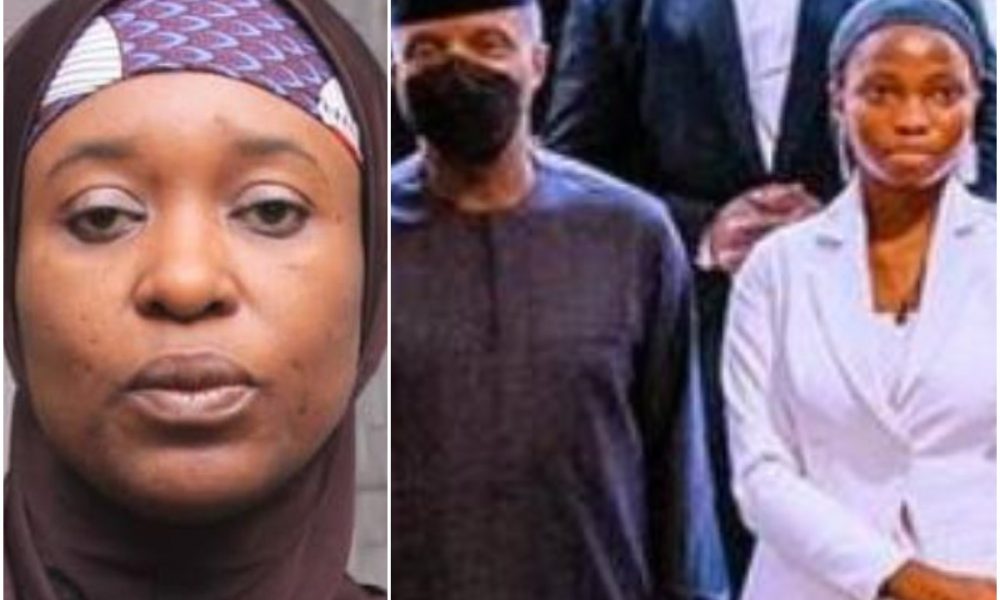 Naija News reports that displeased social users slammed the skit maker and others present at the meeting, alleging they had collected brown develops from the Vice president.

Taooma while responding to criticism, revealed how she urged the vice-president to reconsider the Twitter ban saying that most youths use the social media platform for their businesses.

She also spoke on police brutality and revealed to the vice president that Nigerian youths were still dealing with the inhumane treatment of some police officers.

However, despite the lengthy post on her intentions for visiting the presidency, numerous criticisms were still targeted at her which led her to plead with the public, asking them to forgive as her intentions were clear.

Reacting to the development,  Yesufu noted that Taaoma did not have to apologize as she did not do anything wrong meeting the Vice president.

According to Yesufu, there are ways of achieving something and it’s okay whatever way anyone chooses, adding that intentions are what really counts.

In her own words, she wrote; ‘Dear @T_aaooma, You do not need to apologize to anyone! You did not do anything wrong by having a meeting with the VP. There are different ways of achieving something. It is never one way and it is okay whatever way one chooses. Intentions are what count and you know yours!’

What Is Richard Mofe Damijo Estimated Net Worth