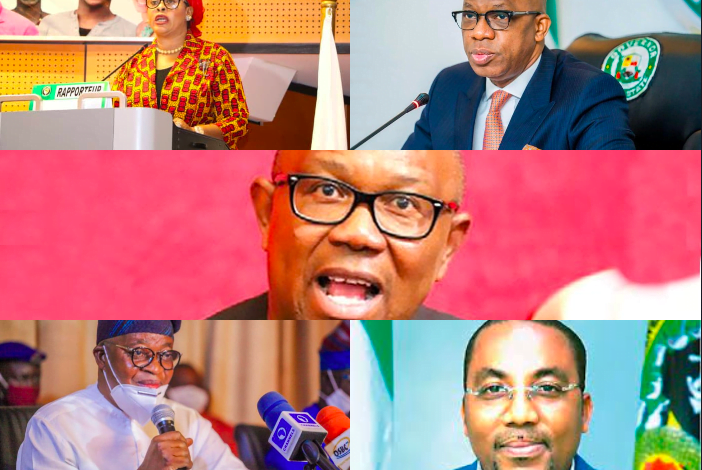 The Code of Conduct Bureau (CCB) has begun the probe of notable Nigerians indicted in offshore dealings by the Pandora Papers exposé.

Naija News reports that the Chairman of the Bureau, Prof. Mohammed Isah, disclosed this at a press conference in Abuja on Thursday.

Recall that the Pandora Papers investigation involving over 600 journalists and over 100 media organizations have exposed the financial dealings of former UK Prime Minister, Tony Blair, Kenya President Uhuru Kenyatta, the image-maker of Russian President Vladimir Putin and many others.

According to the CCB chairman, the bureau has started investigating the personalities mentioned in the Pandora papers expose and if found guilty would be prosecuted accordingly.

Isah noted that the bureau will act quickly on the outcome of the investigation and will make the final report public to serve as a deterrent to other public officials.

The CCB urged public officers to guard against declaring false assets, saying that such public officers could easily be convicted and their property confiscated by the Federal Government.

He said: “The beautiful aspect of this is that the bureau can play its role as the constitution states. The principle of double jeopardy in the breach of code of conduct does not apply in the principle of criminal law.

“Once you are convicted, you are banned from contesting for office for 10 years and the president and state governors cannot permit you.”

Isah disclosed that nine committees have been inaugurated to verify the assets declaration of public officers, urging them to cooperate with the bureau.

He, however, stated that the bureau will not allow itself to be used by any politician or public officer against opponents or authority.

He said: “In our efforts to discharge our mandate, CCB inaugurated nine committees to verify assets declaration of public officers.

“In the light of the above, letters were sent to the concerned public officers asking for information but the response is not so far encouraging.

“Instead, we have been receiving complaints from different quarters where some public officers believe the bureau is merely targeting personalities.

“Let me use this opportunity to state clearly that the bureau as a constitutional body, will never allow itself to be used by anyone against anybody or authority.

“We are merely discharging one of our constitutional mandates. So we need to allay the fears but emphasise that the cooperation of public officers is mandatory.“