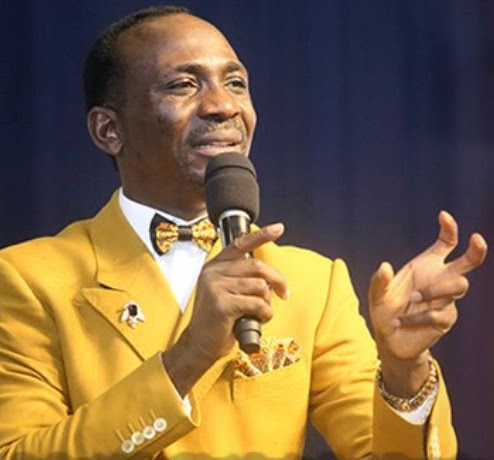 The founder and Senior Pastor of the Dunamis International Gospel Church, DIGC, Dr Paul Enenche, has reacted to an alleged attack on his church branch by some hoodlums.

A report had emerged earlier that some gunmen suspected to be armed robbers on Monday broke into a branch of DIGC in Kubwa, in the Bwari area council of the Federal Capital Territory.

A source claimed that the criminals, numbering over 10, invaded the church around 3:00 am on Monday to carry out their nefarious activities.

One of the church’s security guards reportedly resisted them but was overpowered and stabbed in the stomach.

According to Daily Post, the source further alleged that the robbers became annoyed on discovering that they could not find any money or other valuables to steal.

He said: “The incident happened around 3:00 am on Monday. The robbers came and John tried to resist them. During the fracas, he was overpowered and stabbed in the stomach.

“He was rushed to the General Hospital in Kubwa but because doctors were on strike, there was nothing that could be done. He was thereafter transferred to another private hospital in Abuja.”

However, Pastor Enenche while delivering a sermon in the church during the week, faulted the reports, saying it was a demonic agenda by enemies of the church to tarnish the image of the ministry.

Pastor Enenche declared that originators of the fake news are playing with hellfire.

Enenche though admitted that at a particular location of the Church, a petty thieve tried to enter the church to steal something in the night but was resisted immediately as an alarm was raised and the thief ran off the fence.

“There was demonic news that someone drew my attention to saying that a devil’s church, not this church was invaded and worshippers were attacked by armed men,” the renowned clergyman said.

He added: “We live in a world that is striving on lies especially on social media. I don’t know if 80 to 90 per cent of the news there is true. We also live in a world where people anticipate evil for others. From a rooted heart of bitterness, all manner of anything, the wickedness of heart, continuously expecting evil new.

“And then they push what is unreal, untrue, we are worshipping here right now. Nothing happened.

“For everybody who tells a story that is not true, whether you are telling it online or in hardcopy paper, channel or whatever, I refer you to Revelation 21:8 “But the fearful, and unbelieving, and the abominable, and murderers, and whoremongers, and sorcerers, and idolaters, and all liars, shall have their part in the lake which burneth with fire and brimstone: which is the second death”.

“There is no truth in what they said. In a particular location, a petty thieve tried to enter the church to steal something in the night but was resisted, an alarm was raised and he ran off the fence.

“Then one demonic agent pick a hint of such unsuccessful misadventure of petty criminals and said armed men attack worshippers. That devil is a bastard. Nothing like that has happened and it will never happen in Jesus’ name”.

BBNaija ”Shine Ya Eye” housemate, KayVee, has withdrawn from the show on medical grounds