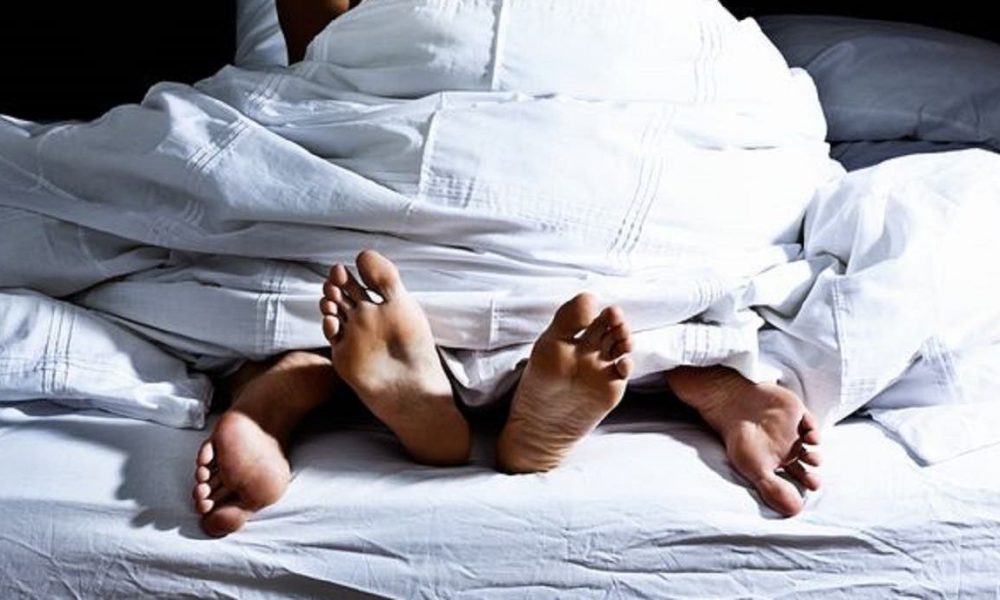 A man said to be a retired staff of the Nigerian Postal Service (NIPOST), has reportedly died during a sex romp with two job seekers.

Naija News understands that the man whose name is withheld was found dead in his residence at Udo Street in Uyo, Akwa Ibom state capital.

A resident who spoke with the Nigerian Tribune disclosed that the deceased had engaged in grumpy sex with the teenagers who he had promised to help secure a job at his former office in the state.

“The deceased died of apparent exhaustion arising from the marathon sex with two teenage girls whom he promised to inform of available job offers through the post office located with the Ibom Plaza arena in Uyo,” the source revealed.

The remains of the former civil servant were discovered outside the building at about 3 am.

Upon interrogation, the two young girls who were seen in the deceased’s house claimed the man had brought them to the house to spend the night.

“They feigned ignorance of the death of the man; telling us the man went outside to ease himself,” the source who pleaded anonymity said.

The source added that the deceased NIPOST retiree chose to remain in Akwa Ibom after retiring years ago.

Confirming the incident, the spokesperson of the State Police Command, SP Odiko Macdon, told reporters that the teenagers have been arrested with a view to establishing the immediate and remote causes of the incident.

“The police are aware and the two suspects have been arrested. A discreet investigation is ongoing to ascertain the immediate and remote causes of the incident,” he added.

In another news, a 32-year-old woman has been sentenced to 15-year in prison for allegedly killing her own son who exposed her promiscuous lifestyle to his stepfather, Naija News reports.

Seun Kuti And His Lover, Yetunde Tensions Fans With Loved Up Photos