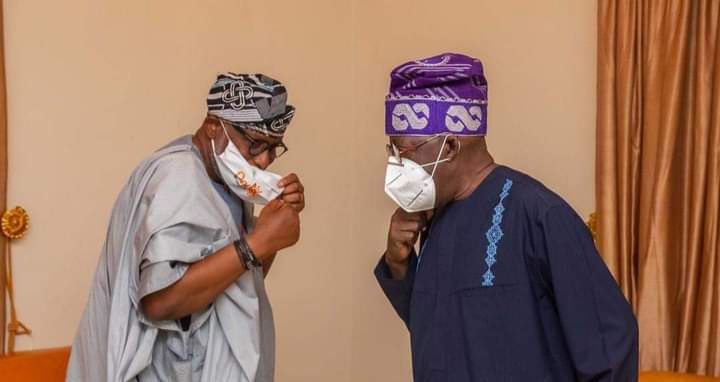 Ondo State Governor and Chairman of the Southern Governors’ Forum, Oluwarotimi Akeredolu has revealed that some important political decisions about the 2023 presidency will be taken when Asiwaju Bola Tinubu returns to Nigeria.

The Governor also pledged his continued allegiance to APC and Tinubu.

Tinubu, the National Leader of the ruling All Progressives Congress (APC) is currently in London, Uk, and has been there for about two months.

Akeredolu on Sunday, described Tinubu as the ‘Capo’ – Capo di tutti of the south saying some important decisions will be taken once the former Lagos State Governor returns to Nigeria.

He stated that he has no plans to dump the APC for any other party.

Speaking during an interview appearance on Arise TV, the Ondo State Governor who insisted that their call for the next president of Nigeria to come from the south remains unchanged however said his visit to Tinubu in the UK has no connection with the 2023 elections.

He said it became imperative to visit Tinubu in London after rumours started flying around about the Jagaban’s ill-health.

Akeredolu however stated during the interview on Sunday that there is nothing to worry about on the APC’s leader’s health status.

“APC is a party. APC will decide who the candidate will be. I have made the point everywhere; I’m going nowhere. I’m not going to leave APC. If I leave APC, I am going back to my chamber where I am more comfortable. For me, whatever APC decides, I will follow.

“…We went to visit our national leader and I was there, because there were a lot of rumours here and there, it was important for us to go and see for ourselves, and I was there, I have seen for myself and there is nothing alarming about his health.

“We are praying that he returns back on time, He’s the capo for us here in the south west and south south. So we are waiting for him to come, so that by the time he comes, we can make some important decisions and he’ll support us.”

Barack Obama net worth and salary